Situated in north central Namibia and named for the springs that emanate from its foothills, the Waterberg Plateau National Park is a fascinating geological site featuring compressed sandstone crags, 200 million-year-old dinosaur footprints, and petrified sand dunes. The area’s natural water sources make it far more fertile than its environs, and the park is blessed with a plethora of plant and animal species, including leopards, rhinoceros, vultures, cheetahs, bush babies, ferns and fig trees. Visitors can enjoy a wide selection of activities including: learning about the local Herero culture on an informative village tour, tracking rhino on a guided safari, exploring the Waterberg's 50-kilometre-long and 16-kilometre-wide sandstone plateau, dubbed 'table mountain', and catching a glimpse of the rare and endangered sable and roan antelope. 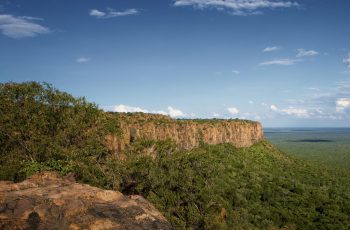 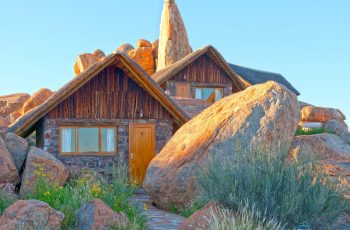 Starting and ending in Windhoek and covering the key areas of Namibia including the Waterberg,… 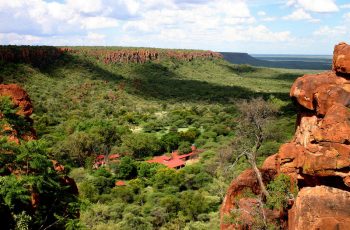 Waterberg Wilderness is a private nature reserve at the Waterberg, one of the major attractions in the northern central of Namibia – home to a… 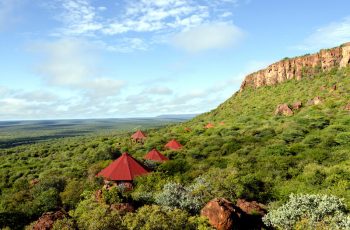 Situated on a rock terrace half-way up on the slope of Waterberg, the restaurant and eight chalets of Waterberg Plateau Lodge afford grand vistas of… 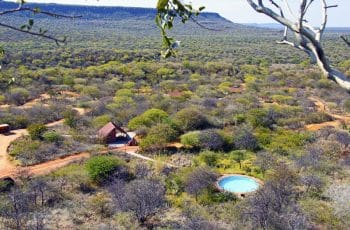